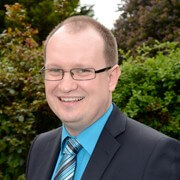 Jonny grew up in a Christian family and had the gospel faithfully explained to him from childhood. While Jonny professed faith as a child it wasn’t until his early 20’s that God challenged him to see that he was redeemed and was saved to serve God. After feeling the call to ministry Jonny studied at the Irish Baptist College and started working for Upney following the conclusion of his college studies in 2012.

The most influential book Jonny read (aside from the Bible) was “The Pursuit of Holiness” by Jerry Bridges. Jonny is married to Hannah. 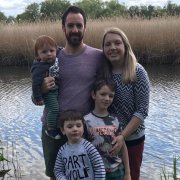 John has been attending Upney Baptist since 2006.  He first came along when participating on a Christianity Explored course, and subsequent to this he still had many questions about God.  He followed this on with a course which gave an overview of the Bible, and after this all of the dots joined up and God helped him to see that Jesus Christ is Lord of all.

He has headed up the Explorers children’s club since 2010 and enjoys sharing the good news of salvation through Jesus Christ with the children who attend.  John was elected deacon in 2014.

John is married to Sharon and they have three children (Noah, Jude & Zach).  John works as an insurance underwriter in London. Hobbies include running, reading and chopping down bushes in the garden (generally being outside to avoid cabin fever setting in). 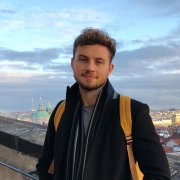 Josh has been attending Upney Baptist church since 2004. Despite being a Christian from a young age, and growing up in a Christian home, Josh realised how far he had strayed from God during his days at university, and recommitted his life to God back in 2015.

Josh has been helping at youth group since 2015 and has been a regular leader at the summer mission week for the past 8 years including heading up the organising of the 2019 event. He also plays guitar as part of the Sunday worship group when he can, and was elected deacon in 2018.

Josh decided to follow the example of a couple of the other deacons and bagged himself a Northern Irish fiancée, Victoria, in March 2019. They are due to be married in summer 2020. Josh works as a business analyst in London during the week and enjoys most sports especially football and American football. He has a love/hate relationship with both the gym and West Ham United.